The Role of Work in the Process of Learning 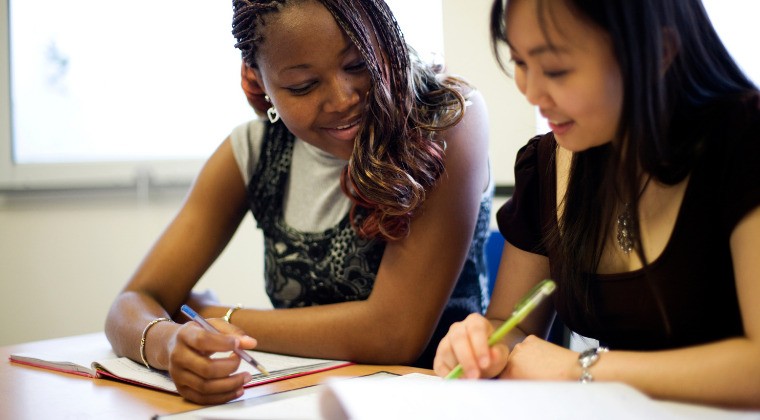 by Jay Burcham, Author of Leaps

Why do we look for quick fixes?

Every time I open my web browser, I see something about a diet or a savings plan, or a self-improvement program. We are constantly looking for ways to be better to do better and, oftentimes the thing we want the most, to have better. I started wondering about the real purpose of so many of these self-improvement movements and fads. Why do we spend so much time looking for quick fixes to life’s problems? Some are fairly obvious – you diet to feel better about yourself. You save money to prepare for the future. It all seems pretty straightforward until you start actually reading the articles and listening to the testimonials. But what about doing the work? What is the role of work in the process of learning?

“Hi, I’m Joe. I used to wear a hat all the
time to hide the fact I am prematurely balding. Not any more. Now I confidently walk into any room.”

“My name is Ellen and I have lost 45 pounds in the last 3 months. I can’t wait for my reunion now!”

“Hi, I’m Joe. I used to wear a hat all the
time to hide the fact I am prematurely balding. Not any more. Now I
confidently walk into any room.”

We are a nation of quick fixes.

These are the types of sales pitches that try to get you to buy everything from juicers to diet pills to hair-plugs to tapes you listen to while you sleep. None of it is new. There have been get-rich-quick schemes around forever just like there are get-thin schemes out there now. We are a nation enthralled with self-help gadgets and promotions and plans, but when you look beyond the surface what you find is that the allure of many of these self-help schemes is that they are quick fixes often promising incredible results… with very little effort.

So we want to be thinner but we want to achieve it without missing a meal and preferably by using a pill. And we want more money but don’t want to do without any of the things that give us pleasure, so we need someone to show us a secret that only those of us forking over $29.99 plus shipping and handling will know. So what is the real role of work in the process of learning in this scenario?

In the past, our sense of fulfillment came through work.

The greatest generation sought a dream of freedom coupled with the principle of responsibility and they fought world wars, and then they came home and they worked. Women left the kitchens and industrialized this nation out of necessity, and when they were called they worked. The country we live in is great because we have always wanted self-improvement and we have always been willing to sacrifice and work to achieve it. It was that sacrifice and that sense of achievement that makes work so vital to us individually and to ourselves collectively as communities and even as a nation. 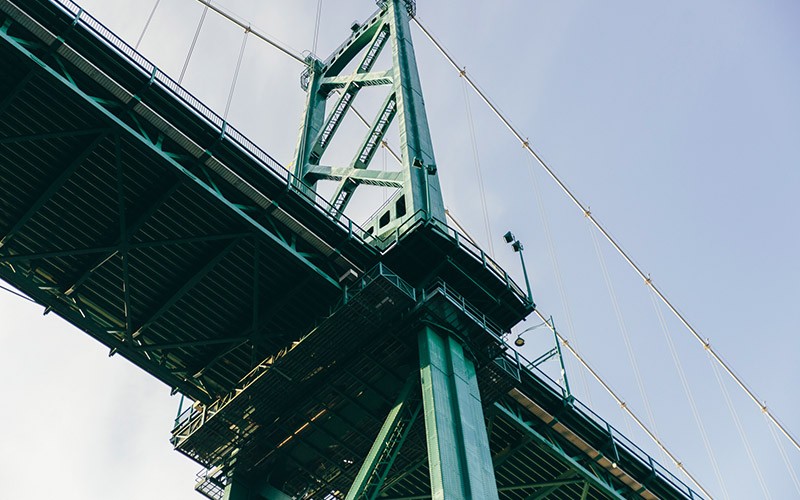 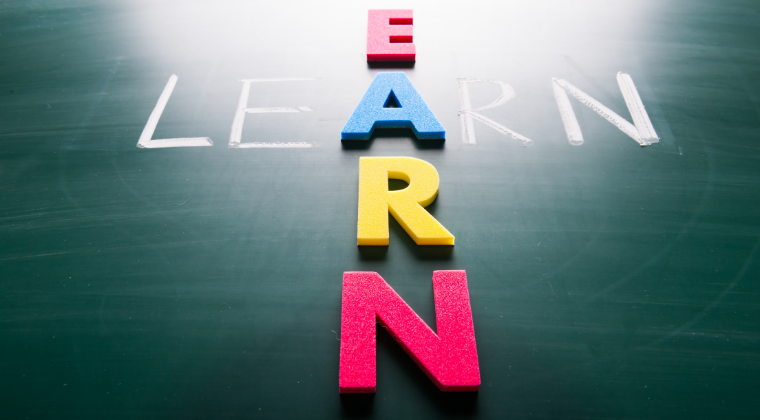 Achievement is part of our history.

The generations before us worked to build a country and our communities through manual labor that in the course of time, through the effort of intellect, bore technological advances that automated much of that labor. As we industrialized and urbanized, we became less dependent on the need for manual labor and more dependent on intellectual labor. With these incredible advancements over the years we have also seen many of the daily chores become automated and antiquated. Preceding generations kept their promise to give us a world that is easier and better equipped for comfort than the one they knew.

Most of us will never experience the hardship of hunger and the pain of true poverty. Most of us will never have to physically labor for survival but will instead work to provide. We truly have much to be thankful for, and we should always look back at the people before us and realize their sacrifices have created this world of comfort and relative ease.

When success comes easy, we don’t always appreciate it.

There is another side to having so much so readily available. When things come easier, sometimes we don’t appreciate them as much. So what is the role of work in the process of learning?

I remember my Mema (west Texan for Grandmother) telling me of the time when she was a little girl and her Mom gave her an orange from Christmas. She was 6 years old, and she had never had an orange before. As she told me the story, I could see her reliving the euphoric reaction to something as simple as an orange. While I could barely comprehend how someone could be so enthused over an orange, I was almost a little jealous of her experiencing something so profound within something so simple.

You see, my Mema’s dad died when she was 2 and her mom cleaned houses for food. She and her 4 brothers lived in a dirt dugout in Big Spring, Texas in the late 30s and early 40s, and this life led to an orange being a true gift. She used this experience as the backbone for a life dedicated to working and sacrificing and making sure her kids never wanted the way she wanted. Mema made sure her kids had the things she could not have and were secure in a way she had never known. She sacrificed and she worked, and the next generation had it better.

We all have stories of relatives, distant or close, who knew the true meaning of sacrifice and the unrelenting desire to work. This desire was born out of a sense of necessity. Early Americans worked out of necessity. The greatest generation fought and industrialized this country out of necessity. Medical and technical advances have been created and achieved out of necessity. And today, we are at a point where our new generations have access to much more than the generations of a few decades ago could have ever known.

We can talk across the world at the push of a button, watch a movie on a phone, and study on the same tablet that brings us our music and television and games. It feels like we have so much. It makes me wonder if we are risking losing that necessity that makes you want to work. In less than 100 years this nation has gone from a people coveting the opportunity to work and to be free to a people who have never know anything but freedom and convenience. There is an old saying that iron sharpens iron.

When times are tough and opportunities are limited, people reach down inside themselves and push themselves to rise above. So what happens when times aren’t that tough? What happens when the consequences for not reaching inside yourself to improve and to know and to work has no true consequence? I guess a better way of asking it is: what are we doing to make sure our kids today understand the need to work and are motivated to develop the essential ethic of work? Are they learning the role of work in the process of learning? 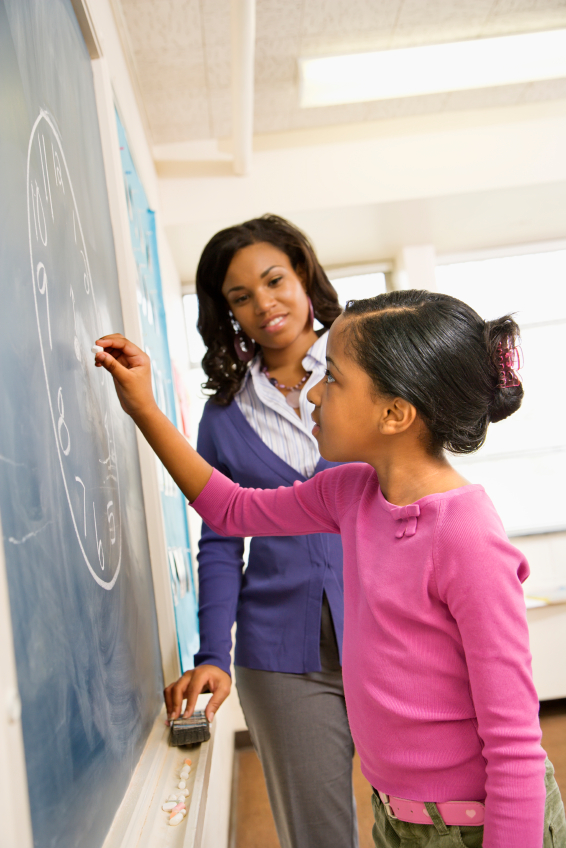 How do you motivate kids to study when they can just Google it?

It is the conundrum you often face at the grocery store if you are ever checking out during a power outage or when the computers are down. The pained look on the cashier’s face as he tries to make change without the computer doing the adding and subtracting for him. What about the kids in class who can sit at a computer for 10 minutes and pull up every source necessary for a paper. This is a good thing, right?

I know I wish I would have had it when I was writing my thesis. But there is a dangerous side to convenience. Convenience breeds complacency, and complacency lowers the threshold for acceptable achievement. There was a very real satisfaction I achieved by doing my research by hand and spending the hours in the libraries hustling references and tracking down sources. I achieved my thesis, I didn’t just complete it.

Teachers today have a real quandary.
How do you prepare your students for this ever automating world while at the same time trying to imbue a self determination that is predicated on the value of real work? This balancing act is one that must be walked every day because we do live in an age where there is always an easier way to do things. But let me challenge you with this: sometimes harder is better. Sometimes your kids need to pull out the card catalog and revisit the Dewey Decimal system rather than Googling the information. Sometimes kids need to work manually to understand the perspective of automation. Kids need to work so that they understand how to; they also need to work so that they long for achievement the way past generations longed for a better life for their families.

Parents, as communities we have to help our teachers by assuring them that making our kids work is part of the expectation of education. Teachers, we have to fulfill our obligation to future generations by not only imparting academic facts, but more importantly teaching the curiosity and critical questioning that causes students to want to know and are therefore willing to learn. Our kids are at risk because they can gain information by touching a few buttons on their phone or tablet, but they are not asking the question of why. When information is so easily attained we celebrate our intellect, but in truth we are losing our desire to understand. When information is so easily attained, we mistake the ability to procure and recite that information with the true intellect necessary to find it and question it

There is true beauty in a job well done.

Whether it is a hole that has been dug to plant a tree or a paper that has been written with the old-fashioned effort of actually looking up sources and quoting and then questioning their assumptions. With work
comes pride. With pride comes effort. With effort comes results. And with results comes confidence. That confidence brings the ability to question. And then, with questions comes the beauty of the search for the answer. With the search comes the ability to think critically and this ability is what makes us great. And it all starts once again with one simple thing. The first step on the road to greatness is learning to work.