The Key to Changing Behaviors

by theleapsblog | Parental Involvement, Social and Emotion Behavior Process, The ABC's of Behavior 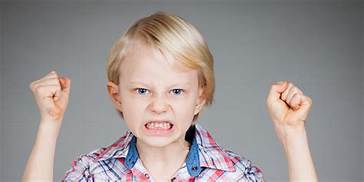 The second period bell rings and Chad heads straight for the door, wanting to be the first one out into the hallway and away from class. Just as he nears the door, Leon steps in front of him. This aggravates Chad, but when Leon stops by the door to yell at a friend and he blocks the doorway… Chad becomes livid. He gives Leon a push from behind and squeezes through and heads to his locker. Leon follows Chad for a few steps and finally says, “Hey man, what’s your problem?” Leon wasn’t aggressive in his questioning or even particularly confrontational. He was genuinely curious if there was a problem.

Chad was already in a foul mood. He didn’t feel like messing with anyone, and now Leon had blocked his way out of the class, rudely blocked the door while he talked, and now he dared to question him and ask him if he had a problem. Chad’s temper boiled over and he pushed Leon and yelled, “You’re my problem!” Stunned by the push Leon stood there for a moment as a crowd of kids gathered around and before he could respond, Chad pushed him again. Leon yelled for Chad to back off, but before he could get the last phrase out Chad was trying to tackle him. Luckily, Mr. Ford stepped in before Chad could take Leon to the floor and he quickly ushered the two boys to the principal’s office. Both promptly received In-School-Suspension. Now Chad was really seething. He turned to Leon and whispered, “Wait until after school”.

Chad is the aggressor. Chad is the one who started the trouble and he is the one who escalated it. Chad is the one who should have been punished but that isn’t the way our school discipline system tends to work. In the name of fairness and zero tolerance for aggression, we sometimes take a “baby with the bathwater” approach and everyone involved is subject to punishment (note that I didn’t say discipline). In the scenario above, Chad is much more at fault but Leon made some mistakes as well.

However, the one-size-fits-all system of accountability just taught both boys a lesson.

Let’s see what it taught them…

Leon can’t believe he is in ISS. His mom is going to be so mad! As he sits in his isolated desk he thinks about what just happened. He wished he had reacted quicker to Chad’s aggression. He is embarrassed by his own lack of response. He is also still puzzled at why Chad got so mad. But now he is also worried because Chad made it really clear that the problem wasn’t over and that he was going to find him after school. Leon is sitting by himself worried and confused.

What has Leon learned?

In other words, Leon hasn’t really learned anything by the consequence he received because it wasn’t really targeted at him, it didn’t fit his involvement in the hallway issue, and his role – as the recipient of the aggression – was penalized just as much as the aggressor.

What has Leon learned? That this isn’t fair.

Now Chad is seething. Sitting at this stupid desk, all he can see is Leon getting in the way and then questioning him. Now he is in ISS and it is all Leon’s fault. Chad sees Leon every day so he knows the way he walks home from school. Chad has his mind made up that he is going to follow Leon until they are away from the school building and then he is going to finish what he started. He is going to teach Leon some manners.

What has Chad learned?

Chad learned that if you are going to fight with another student then don’t do it in the hallway. There are teachers in the hallway. Instead, wait until after school where there are no teachers and then pick the fight. No one will be around to stop it!

Not exactly a good result for either boy, is it? You may think to yourself that this isn’t realistic, but I would challenge that assertion and say that this is exactly how our school discipline system affects many kids day in and day out. Stop for a minute and think about how the world has changed since you were in school. Think about cell phones and their advances. Think about cars and televisions and music and travel. The world has changed tremendously in the last several years.

Other than teachers not spanking, how is it different today than it was 30 years ago?

How has school discipline changed to adjust to the fact that so many more kids are coming from broken homes?

How has it changed to adjust to the fact that kids today are subjected to a greater deluge of violence and profanity through easily accessed social mediums?

How has it changed to reflect the individual needs of our kids today rather than the blanket of discipline that has been applied for many years in this institutionalized setting?

The real issue here is that schools, as an institution, have maintained the philosophy that accountability by punishment is discipline. This philosophy believes that behaviors can be changed by the application of consequences on a consistent basis. This contention is wrong. I could sugar coat it and say that it will work sometimes, but I can tell you that one-size-fits-all behavior change is not going to be the change agent our schools and our students need. This approach to punishment as discipline is inherently flawed because it leaves out the single most important component of truly changing behaviors. It leaves out the DRO.

In the previous weeks we talked about the DRI (Differential Reinforcement of Inappropriate behaviors). The DRI is the consequence. It is the ISS in the story above. DRI is needed to change behaviors but it cannot be the endgame of your plan. That is tantamount to saying we as a society are going stop immunizations but we will treat problems as they arise. See the flaw in the logic? When a behavior change plan is lacking the DRO then the hole is too big to overcome.

In other words, it is pulling your head out of the sand and realizing that sticking your finger into the leak in the dam will only hold back the water until the pressure builds and the leak spouts somewhere else. If you punish a behavior without teaching a better way to behave, then you have just delayed the inevitable which is that that behavior will reoccur in a new form and likely at a more significant level.

Think about the story of Chad and Leon. What was Leon taught? That they system isn’t fair and that he can’t trust it. What was Chad taught? Not to fight where teachers are present and instead to wait until no one is there to stop him. Not exactly good lessons, huh?

And here’s the real kicker – you don’t have to wait for bad behaviors to occur to begin changing them! You can replace existing and potential bad behaviors by teaching and expecting replacement behaviors. The DRO is the key to truly changing the way kids act and the way they behave.

Next week we will talk about how to use this key to unlock true behavior change!