The Game of the Week | Sportsmanship 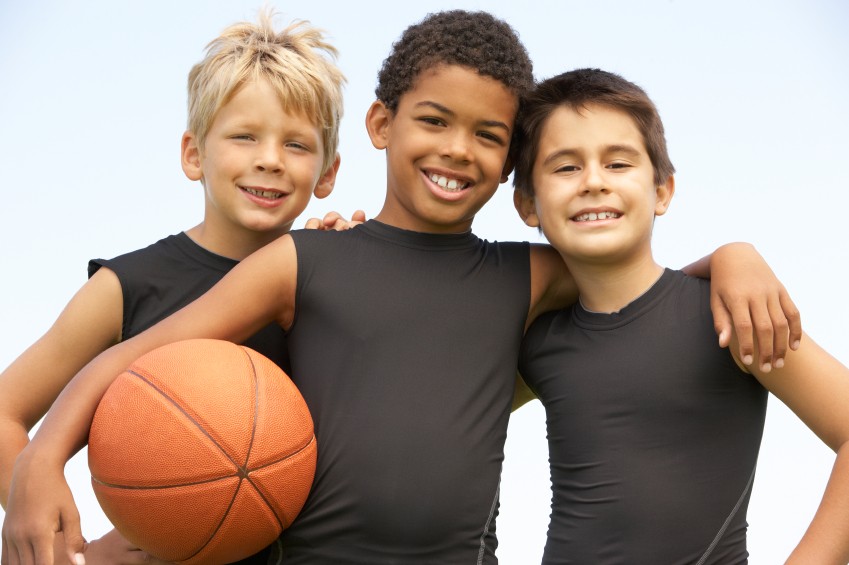 This past week the sports world was in full tilt. We had Super Bowl Sunday plus a full slate of college and professional basketball games followed immediately by college football’s National Signing Day. For a sports fan, it is a great time of the year. But let me tell you about the best game I saw all weekend.

My youngest daughter, 9 year old Abbie, plays Upwards basketball. Upwards is a terrific place to learn the skills of basketball. All of the kids wear wristbands signifying their level of skill and they have to guard or be guarded by a player of a similar skill set. The kids are taught to love the game and try to win but it isn’t all about 8 and 9 year olds winning the game. It is about fair play and being a good teammate and learning to love the competition of athletics.

As I begin this story let me preface it with this:

Losing is real and our kids need to learn how to deal with a loss and try to get better.

OK. I will climb off my soap box now and back to the story…

I am the coach of my daughter’s Upwards team – the Upwards Bears. We have a cool little yell where we slap hands and count to 3 and then everyone yells “Go Bears” and growls. It is actually quite fun to watch little angel faced boys and girls growling before the game.

My Abbie is a natural athlete and the leader of our team. She is tall and athletic and skills come very easy to her. She was the leading scorer on her soccer team and is the leading scorer and rebounder on her basketball team. She also one of the leaders in blocked shots, rebounds, and steals. It just comes pretty easy to her and when you couple that with the fact that she loves to practice and she tries to emulate her older sister who is a varsity player, she is just a good player.

This past Saturday we were playing a team that was clearly outmatched.

Even though you try to match skill sets, the kids on the Bears were just more comfortable playing together and were much more confident. We jumped out to a pretty big lead early in the game and it was obvious that the other kids were getting frustrated. Our kids just weren’t missing and the other team couldn’t hit a shot.

At halftime I told our kids that they needed to pass the ball 3 times before they took a shot. I reminded them that we had practiced passing because a good pass is worth a lot more than a bad shot. This was a way to let them keep playing without just running up and down the floor and running the score up too high. The Bears took to the court and their passes were crisp and they made sure there were at least 3 passes before the shot. But the shots kept going in.

Now as a coach I am in a quandary.

I only had 6 players that day because some were out sick so I couldn’t sub in the “B” team. I also couldn’t tell our kids to not try because that flies in the face of what they are supposed to be out there doing. Instead I called them over and told them I wanted them to pass the ball at least 5 times before shooting, to take good shots and make them, to play aggressive but clean defense, and to try. But I also wanted them to cheer on the other team and encourage them. Make them work for the ball but if they stole it tell them good job. If they made a shot give them a high five.

and to recognize and appreciate that the other team had not quit.

We went out for the last quarter with a big lead.

What I watched over the next 6 minutes was the best sporting event of the weekend. I watched 8 and 9 year old kids playing and trying hard but they were also working their best at being great sports. I watched a little girl from the other team who had been frustrated beam with pride when she finally made a shot and my kids ran over to her and high fived her. I watched my kids yelling “You can do it” to the other team when their players were not wanting to take a chance at missing another shot. I even watched my little girl, my ultra-competitive little girl, clap for the boy who was guarding her when he stole the ball from her and called timeout. It was a good play and she told him so. Then I watched the best play. Right after the timeout my daughter stole the ball back from the little boy and scored and he immediately told her good job. That’s sportsmanship. They both hustled they both tried and they both did their best. And they did it with grace.

Don’t get me wrong. Neither team gave the other any free passes. There was no let down or feeling sorry for anyone. Instead, we reminded each other that this was a competitive game and we were there to compete but we were also there to be good sports.

I love college football. I am not a huge fan of professional football because it is a little to mercenary for me. I love the pageantry and the pride that goes with playing for your school. As I watched these little kids play a game that no one outside of the First Baptist Church gymnasium would ever know about high five each other and encourage each other and still play with heart and pride I thought, this is how it is supposed to be.

Yes we won. I couldn’t even tell you the final score but it wasn’t close. But the biggest winners in that game were the kids who made a new friend and saw the value in lifting each other up while still giving each other their greatest compliment which was trying their best. Trash-talking and being brash and arrogant has taken a center stage in a lot of sporting venues.

I wonder how many more people would watch the game and take pride in their teams if it were played at a very high level by people who let their effort and their skills talk instead of their mouth. I know for the Upwards Bears they left the court proud and even in defeat, so did the other team.