The Function of Behaviors | Obvious, Right?!

by theleapsblog | Behavior, Social and Emotion Behavior Process, The ABC's of Behavior 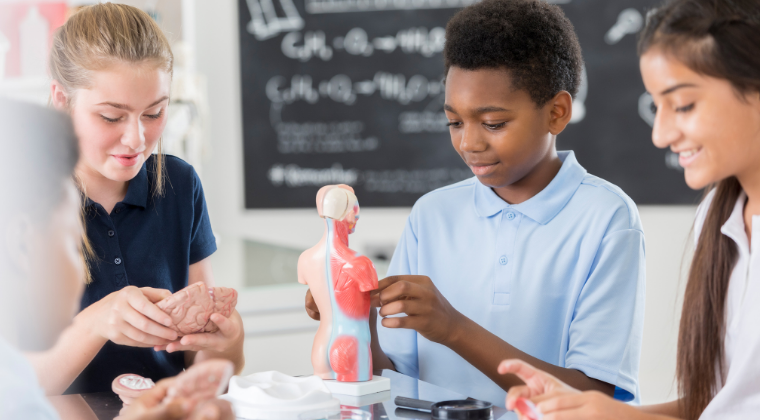 Over the past several weeks we have been discussing what a behavior is and where behaviors come from. We have even talked a little about the difficulties of recording and measuring and reporting behavioral incidents. Now let’s start talking about the elements that will help us change behaviors. To begin this discussion we have to start with the focal point of behavior change – the function the behavior serves.

It is also the element that can be the trickiest to understand, determine, measure, and maintain. Let’s think about the function for a minute. It sounds simple enough. Why is this person acting the way they are acting, what is the benefit, and therefore what purpose is the behavior serving? It would seem straightforward enough. Then why do we get it wrong so often?

Think about this example:

She has a class of 23 boys & girls from all walks of life.

She has wealthy kids and poor kids, smart kids and kids who are struggling. She has kids who are quiet and attentive and she has kids who don’t comprehend the meaning of “raise your hand” and “stop talking”. Mrs. Wright has been tasked with providing small groups for kids in her class who are giving her problems behaviorally. She has decided that she is going to use an anger management curriculum and have a small group for kids who have been fighting and not getting along on the playground. Mrs. Wright knows just who she wants in her group. She wants Roderick – he can’t seem to make it through the day without getting into a shouting or shoving match with someone. She wants Felipe because he is constantly getting upset and offended by the other kids in class and he has even gotten physical a couple of times. She wants Brooke because she is always angry. She comes to class mad and just gets angrier as the day goes on. She is a short fuse just waiting to blow. Finally, she wants Paul. Paul isn’t an aggressive kid but he has been put into detention or ISS at least 4 times for fighting. These are the kids Mrs. Wright has chosen for her anger management small group. They have all been in fights, they have all had behavioral referrals for fighting or taking ugly to each other, and they all have problems getting along with other kids. It makes perfect sense that this is the anger management group, right?

Let’s look a little closer at Mrs. Wright’s decisions on the kids she has chosen.

Anger is a pretty easy emotion to identify and define and the kids she has chosen have all been subject to discipline because of anger related issues – fighting and talking ugly and being mean etc. But there is a problem with this approach. You see, when you use the end result, in this case anger and aggression, as the target for the behavior change then you are treating the symptom but you are not addressing the cause.

Let’s not take it for granted that the kids we know possess common sense. Let’s not assume they have put two and two together. Using the same logic, wouldn’t it make sense that if a student gets detention for fighting then he wouldn’t fight again? But they do. This is because we continue to treat the symptom, not the cause.

Roderick is a bully. He is constantly pushing other kids and calling them names and trying to assert himself as the one in charge. He has been in trouble many times. He definitely needs anger control training. However, Roderick is also really hurting right now because his father left home a couple of months ago. Roderick is angry at the world and he is lashing out at everyone but it is because he is hurting and missing his father. Even though he acts tough his self-esteem is shattered and he uses the tough façade to hide the fact that he feels absolutely rejected. He is trying his best to be cold and non-caring but when he gets home and looks back on his day he feels even worse about himself.

Felipe is a first generation citizen. Felipe’s parents immigrated here right before he was born and they still struggle with language barriers. Felipe’s folks speak Spanish at home and even though he has been in school since kindergarten, English is not Felipe’s first language. He gets frustrated in class and even more frustrated on the playground because he cannot communicate effectively and he doesn’t always understand what other people are saying to him. Some days he gets so frustrated that he can’t help himself and he ends up pushing someone.

Brooke is a spoiled brat. She is never told no by her parents and she gets anything and everything she wants. She has no comprehension that other people might not want exactly what she wants because her parents foster a world that focuses exclusively on her. She can’t get along with the other kids and ends up fighting with them because if they don’t do exactly what she wants then she is sure they are trying to be mean to her.

Paul has been in a lot of fights but he has never started any of them. Roderick is the class bully but Paul is the class target. He is unsure of himself and the only thing he is sure of is that no one likes him. He doesn’t have nice clothes and sometimes he comes to school without breakfast. Paul doesn’t want to fight. In fact, Paul wishes that he could somehow be invisible and people wouldn’t even know he was there. He fights because it is hard to always feel bad about yourself.

You see, it is easy to look at behaviors and think about treating the behavior…

But what is the cause of the behavior and just as importantly, what function does that behavior serve? Roderick, Felipe, Brooke, and Paul will all benefit from an anger management small group but it isn’t going to change the reason they are having anger problems. This is why it is so critical to understand the functions of behaviors and the only way to do that is to understand the personal, social, emotional, and behavioral strengths and deficits for your students and the way those deficits come together to create behaviors. How do you do that? We will get to that soon.

Just remember that applying the skin cream to a sunburn is important but until you teach them to apply sunscreen the burns will continue.