by theleapsblog | Parental Involvement, Social and Emotion Behavior Process, The ABC's of Behavior 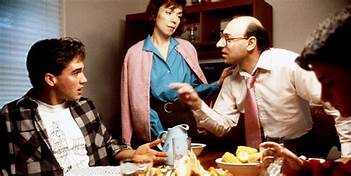 As we continue our discussion about the process of behavior change it is important to stop every now and then and address common misconceptions about how things should be done. Last week we talked about the importance of the Differential Reinforcement of Inappropriate behaviors (DRI). The DRI is a fancy way of describing the consequence for an inappropriate behavior. A DRI may be a time out, an extra assignment, extra chores, or an actual punishment – and this is what we need to talk about today. Is a good DRI a punishment? Here’s where the answer gets tricky: the answer is yes…and… no.

Punishment is absolutely part of the behavior change process.

Punishment is a tool used by parents, teachers, administrators, and anyone else working with kids. Punishment can be defined as loosely as “a good talking to” or as sternly as corporal punishment. Let’s not get into a debate on the virtue or vice of corporal punishment but instead, for this discussion, let’s pretend that all DRIs are created equal. For this discussion they are equal because both can cause damage.

The issue with the DRI lies in the fact that it is given after something bad has occurred. Your child or your student has broken a rule or done something he should not have done, and now you have to deal with it. Sometimes this is simple but sometimes that last behavior was one too many and now you have reached your boiling point out of frustration or even anger. A consequence that is given out of frustration, anger or even spur of the moment reaction has the opportunity to be just as detrimental as the behavior that led to the consequence.

This is what we need to talk about: We need to give a consequence because it is a known result, and therefore is tied directly to the behavior, versus angrily reacting and providing a consequence that the child personalizes and focuses back on the giver of the consequence, not the behavior itself.

Before we go any further let me say that there are exceptions, as there are for everything, with the reaction based consequence. Usually these exceptions lie with very young children because you need an immediate consequence that they can relate immediately to the behavior. For example, a toddler reaching for the stove may have his hand slapped and sternly told “no “ and the immediacy of the punishment coupled with the quick admonition of not reaching for fire is effective. The toddler puts two and two together – reaching for the fire equals pain and getting into trouble. Therefore don’t reach for the fire. Little ones need this immediacy because they are not yet capable of rationalizing delayed consequences and equating it with a bad behavior. If a little one reaches for the fire and you pick him up and carry him to the other side of the room and come back later and tell him that was wrong, he isn’t going to get the message. Immediacy is important for little ones still in those pre-developmental phases of learning.

A child or an adolescent on the other hand is a different matter.

Shelby’s mom has some decisions to make. Any rational adult would be angry. Most of us would want to drag Shelby back in the house and set her straight on who makes the rules and who should be following them. Let’s look at Shelby’s Mom’s DRI and the difference between a reaction DRI and a purposeful DRI.

Shelby picked up her clothes and her only real consequence was her Mom yelling at her in front of her friends. She didn’t lose her phone or tablet and she wasn’t even grounded. So did her Mom accomplish what she needed to accomplish? Let’s look at another way of dealing with the problem.

Shelby walks in, closes the door, goes up to her Mom and…

gives her a hug and says, “Sorry Mom.”

Some folks would think that this was a step in the right direction and that the apology was good enough, especially if they tell her that from now on that behavior isn’t acceptable and Shelby agrees. But that isn’t good enough. Shelby apologizing is well and good, but if you accept that and just move on then you haven’t taught her that all of her actions this morning have consequences. Here’s what Shelby’s Mom did:

Shelby hugs her Mom and apologizes and says that she knew it was wrong to talk ugly to her. Shelby is pretty sure this will smooth everything over and things will be fine now. But Shelby’s Mom surprises her.

Shelby’s Mom tells her to sit down and tells her that there are now three things that Shelby needs to understand.

As Shelby’s Mom lays out these three rules, Shelby tries to argue but her Mom stops her each time and says,

“Young lady, I am talking and you are now listening.” After laying out these three rules Shelby’s Mom says, “I appreciate your apology, but I love you too much to let you think that treating people that way is ok. These are the rules. There will be consequences if these rules are broken. You will have extra housework and you will lose your phone and tablet if these rules are broken. These rules are fair and they are not up for debate or negotiation. Now go pick up your clothes, put them in the dirty clothes hamper, and let’s make dinner together.”

In the first example, Shelby’s mom gave a consequence that was born purely out of frustration and anger. The result was that Shelby picked up her clothes, but it wasn’t an admission of wrong doing. She did it despite the fact she was mad, and by the time she was on the bus she had rationalized the entire incident as one more example of her Mom being an overbearing jerk.

In the second example, the clothes were not immediately picked up but Shelby spent the day wondering what was going to happen at home. Shelby witnessed her Mom in an anger-provoking situation deal with the anger in a controlled way. When she got home she wasn’t jumped on or yelled at. Instead, her Mom was clear, concise, and all business. She laid out the rules and the consequences. Shelby wanted to be mad but she knew she was wrong for leaving her clothes on the floor. More importantly, once she calmed down, she knew it was wrong to yell at her Mom and stomp out. Now Shelby has a very clear understanding of what will happen if she does either of those things again. She also now has additional obligations at home. She isn’t happy with any of i,t but it is pretty hard to argue with. Her Mom did not leave arguing as an option.

In these two examples you have a simple behavior escalating to a significant behavior that is then reacted to and a bad result occurs. In the first example, there is no learning. Instead there is a misdirected projection of anger to her Mom because she embarrassed Shelby in front of her friends. The second example was actually much more severe but at the same time it was fair. It was also very clear and purposeful and there would be no surprises.

Punishment is absolutely part of the behavior change process,

but punishment is not discipline.