Consistency and Consequences in the Classroom 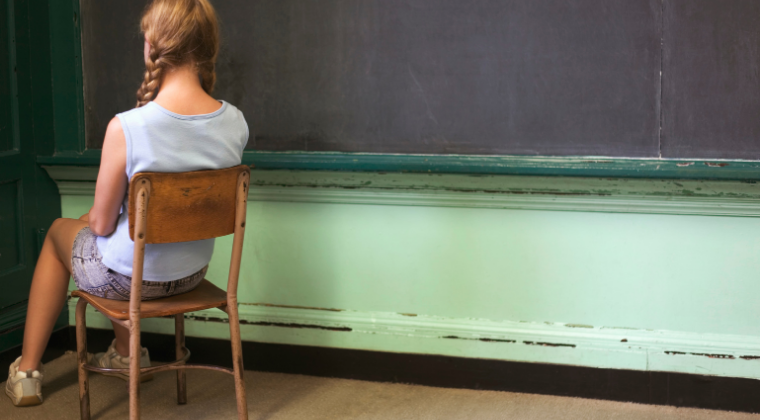 Jerrod’s 3rd grade class is a handful. He has his obviously bright students, his struggling students, and most all of his kids are somewhere in between. The struggles in reading and writing and math are ones he can handle. In fact, these are the struggles he became a teacher to tackle. He knows he is good at helping kids learn and understand why it is necessary to learn. Where Mr. Jerrod struggles is trying to calm down the kids who haven’t quite bought in to the whole school thing. They aren’t bad kids. They are just kids that won’t sit down and be quiet and pay attention. Again, his class runs the gamut on this as well. He has his ace students who are ready to learn as soon as the bell rings. In the middle, most of his kids will settle down with an occasional reminder. Then there is Raphael. Mr. Jerrod is pretty sure that Raphael thinks he cannot survive for 5 minutes without talking to someone. Again, Raphael isn’t a bad kid. He just won’t sit down, be quiet, and pay attention.

We have spent the last several weeks talking about the process of changing behaviors and how it is much more complicated than the A-B-Cs we all learned in Psych 101. Remember, the A-B-C chart? It says that there is antecedent event (a behavior provocation). That Antecedent leads to a Behavior and depending on the Consequence the behavior will either increase or cease. For those who are just now joining in the conversation, our past discussions are easily accessible and I would highly recommend spending a few minutes and catching up. This is important, because we are about to enter the part of the discussion that is the lightning rod of behavior change. We are about to talk about Consequences.

Even though the reinforcement we discussed the past couple of weeks is a consequence, it is not the consequence that is most often misunderstood, misapplied, and often counterproductive. The one consequence that actually creates the biggest issue is the DRI – the Differential Reinforcement of Inappropriate behaviors. The DRI is a fancy way of saying the response to an inappropriate behavior, typically a punishment. The DRI is often misapplied in much the same way as the reinforcement. It is too liberally given, often not tied to a plan for change, and – most egregiously – is often a knee jerk reaction or, even more problematically, is given out of frustration or even anger. When a response/punishment is given and it is not planned for or communicated well, then the chance of it positively affecting behavior change is minimal. In fact, it can actually lead to even more problematic behaviors.

Let me say that again:

if not applied correctly, can actually lead to WORSE behaviors.

Let’s begin by defining a DRI.

Raphael is constantly disrupting the students around him by talking during class. This is a problem not only for Raphael but for the other kids. When the students are quiet and attentive and do their work they earn a check for the period. Mr. Jerrod is very conscientious about rewarding the students when they do their work and pay attention. The system Mr. Jerrod set up is that when the students have 5 checks in a row they get to go to the “joy-jar” and choose a prize. But when they are talkative or disruptive they lose the check and have to start over. Mr. Jerrod loves to see the kids light up when they go to the joy-jar and pull out a prize. He finds himself rooting for them to make it just so he can see them accomplish this prize.

Raphael hasn’t earned many trips to the joy-jar. In fact, Mr. Jerrod sometimes struggles to remember if Raphael has ever pulled a prize from the jar. Raphael’s constant talking keeps him in trouble and is making it difficult for his classmates to earn their checks as well. To make matters worse, Raphael has pretty much given up on earning any checks himself.

(Now, before parents and secondary folks check out, please know that the trip to the joy-jar and the checks could just as easily be doing chores and earning an allowance or completing all assignments and earning the right for off-campus lunches).

After the 4th time of telling Raphael to be quiet, the exasperated teacher told Raphael to leave the classroom and sit in the hallway. At first, Raphael was embarrassed but soon he was playing and twirling on the floor. And there was no one telling him to be quiet!

Here we have a DRI that was applied out of frustration, isn’t part of any change plan, and hasn’t been determined to be an effective deterrent. In fact, Raphael is enjoying his time in the hallway more than the classroom because he can play out there without the teacher constantly harping on him. This was clearly a miss on the reinforcement and a miss on the DRI. In fact, Mr. Jerrod has now reinforced bad behavior. Two strikes in behavior change often means you are out!

In this scenario, the teacher realizes that one-size-fits-all reinforcing doesn’t work for everyone. The teacher is also realizing that Raphael is going to talk and is going to lose checks and is going to frustrate him. So instead of reacting to Raphael’s talking, the teacher has a multi-level DRI which still encourages Raphael to not be disruptive, gives him a chance to comply, makes attaining the reinforcement manageable, and has known consequences when he does not comply. The teacher does not have to come up with on-the-spot discipline for a known inappropriate behavior. This gives Raphael a much greater incentive to comply (an attainable reinforcement) and known consequences of additional work when he does not (a clearly laid out and effective DRI).

This sounds simple and in some ways it is. The hard part is applying it consistently. There will be times when the teacher wants Raphael to achieve the check so bad that he lets some talking slide. There will be other times when Mr. Jerrod is so frustrated that he wants to send Raphael back to the hallway just to get him out of his hair. Either of these deviations from the plan will weaken the plan’s effectiveness because Raphael will not learn to control his talking by achieving 5 checks and a trip to the joy–jar, nor will he learn by writing letters of apology to the entire class. Instead, he will learn to control his talking when he begins to learn that there are consequences, both reinforcing and punishment, every time he is compliant and every time he is not compliant.

It is not the writing of the plan or the determination of the reinforcement and punishment that will change behaviors. It is the consistency with which each is applied and the ability of the teacher to weather Raphael’s testing of his patience, his willingness to forego the joy-jar, and the teacher’s strong desire to give him extra breaks so that he can achieve it. Inconsistency in behavior change administration, especially the DRI, is tantamount to saying that you “don’t really mean it” when you give the rules.

So that is how a DRI works. Next we are going to talk a little about the difference between punishment and discipline in deference to the DRI. Then we will get to the single most important factor in the behavior change process, and it is not the antecedent or the reinforcement or even the DRI. It is… coming soon.