Calming down that ONE student 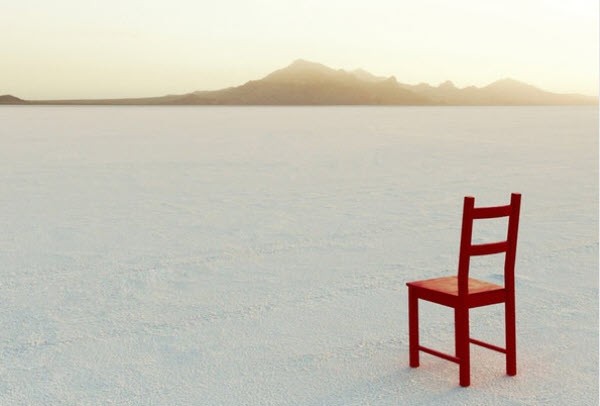 Why is it harder to calm one student down than to calm down an entire class? Why does it seem there is a butting of heads and a clash of wills more in a one-on-one situation than when telling the entire group to sit down and pay attention?

What can I do to get that one student to stop, be quiet and pay attention?

Do these questions sound familiar? Teachers of our young students deal with these problems every day. But even teachers of our secondary schools have a student or even a handful of students who just can’t seem to get control. Every break in lessons, every change of venue or topic, every break for the restroom or recess, every change brings about a transition and every transition requires a calming down and paying attention technique– and it works for the majority of the class– but for that one or those few students, no luck. As we discussed last time, calming a class or a group down is often about breaking the momentum of the group and changing the focus of their attention, then refocusing that attention to you and letting them know it is time to settle down and pay attention. That distracter is usually most effective when it is something not tied to the lesson, but is instead an attention getter such as a whistle or a clap or some other noise.

Usually, when you apply a distracter the majority of the class will conform to the rule. Usually the majority will realize that it is time to settle down and they will begin the process of conforming to the rules of the moment. I keep using the word usually, because the effectiveness of the distracter is directly correlated to the consistency and intent with which it is used.

Even little ones know when they hear the “What Time is It” song that it is time to begin cleaning their area and settling down. These group distracters work for most of the group. So, why is there always one kid who just won’t settle down? Why is there one kid who just won’t sit still during the lesson or stop whispering or writing notes? What can I do with that kid?

You need an individualized attention getter.

Before we get into the mechanics of the plan, it is important to understand the warning signs of disorders that can cause attention deficit issues and understand if this is a student that might need help beyond the classroom. If so, you need to know the proper process and procedure for making your concerns known to the administration and to the parents. Percentages will say that you likely have at least one, if not multiple, student(s) that are struggling with attention disorders. However, there are a lot of studies that also say we are over-diagnosing our kids and the ones with the true physical manifestation of cognitive development disorder are actually a much smaller group than what we have tended to believe… But that is a discussion for another day.

Now, having realized that even if this student has an attention or a hyperactive disorder, he is still in your class and you still have to deal with him. You still need him to sit down and pay attention and be quiet. Even if a disorder is present, you still need his attention and cooperation in order for you to teach not only that student but all the other ones as well.

Trust me when I say that it is easier to deal with a rowdy class and calm them down than it is to calm down a single unruly student. The class process basically requires a stop in the momentum by a distracter and then the cooperation of enough students so that the group-think that tends to occur in large social gatherings creates a boundary of acceptable behaviors that are defined by you as paying attention and accepted by the majority because that is what they know to do. When you have that single student that does not make him or herself part of that “group-think” then you need a different plan for that student. Here is a simple option:

Much like the group plan, sometimes you need a distracter that is individualized to that student. If you have a student who consistently has difficulty calming down and paying attention, you need to provide a momentum breaker for that one student. It needs to be something that you have talked about with the student, shown him or her how it works, and have made known your expectations when you deploy it. You let the student know that this is a signal only known between you and that one student. This lets the student know that you are willing to work with him individually, but it also lets gives you the opportunity to reinforce how serious you are about him paying attention. Here’s an example:

Everyday she has to get on to Tracy and warn her about calming down. Everyday it seems that Tracy ends up in trouble because she can’t get her act together coming back into the class after lunch. Mrs. Somers dreads it because she feels like it is almost expected that Tracy won’t comply and that she won’t stop talking and that she will get into trouble. This makes Mrs. Somers feel like she is failing Tracy even, though Tracy is wearing her out.

When Mrs. Somers class comes in from lunch, she gives them a minute or so and then she rings a bell that lets the students know that it is time to be quiet and get back to their lessons. 21 kids sit down, Tracy doesn’t. Finally Mrs. Somers calls Tracy out into the hall and tells her that they are going to try something new. She explains to Tracy why it is important for her to pay attention and calm down when she hears the bell and that she expects her to settle down but that she is going to work with her and give her a signal of her own. This signal is only known between the two of them, and that means when she gives this signal to Tracy she knows Tracy realizes it is time to sit down and be quiet– and that there will be consequences if she doesn’t. Mrs. Somers asks Tracy if she understands, and Tracy says yes. Mrs. Somers explains that she doesn’t want Tracy to keep getting into trouble, but she does want her to control herself when it is time. She reminds her of the bell and that the bell means it is time to settle down. Now Mrs. Somers tells Tracy that she expects her to settle down when she hears the bell, but if she doesn’t that she is going to walk by Tracy’s desk and pat her on the shoulder and that this is a signal, just for the two of them, that it is time for Tracy to stop and settle down. Mrs. Somers tells Tracy that she is going to have this secret signal because she knows Tracy can comply but she also realizes that Tracy needs a little help knowing when it is time. Now she again asks Tracy if she understands, and when she says yes she tells Tracy that means if she doesn’t stop and pay attention that she is just disobeying– and if that happens she will be disciplined. Mrs. Somers tells Tracy that she is excited that Tracy is going to start listening for the bell but that she is also excited that she will understand what a tap on the shoulder means. Mrs. Somers makes sure Tracy understands the signal, understands that this is because Mrs. Somers doesn’t want Tracy to stay in trouble, and doesn’t want her to feel embarrassed because she is constantly getting into trouble.

Instead, it is a signal to that one student that is personal, communicated directly, known and then applied consistently.

Having an individualized signal may sound simple, but it accomplishes 2 important things. First, it lets the student know that the teacher is serious about calming down, and that he or she has an obligation to do so. It reinforces that the calming down and paying attention is not an option, it is an expectation. Second, it tells the student that the teacher understands that sometimes he or she has a hard time calming down. It tells the student that the teacher is trying to help them understand when it is time to laugh and play and talk– and when it is time to stop and listen. That feeling of a personal connection and a personalized communication carries a weight far beyond a demand of attention and even a group distracter. Sometimes kids just need that one-on-one touch.

Give it a try and see what happens.
It might just surprise you how much farther a purposeful and planned word, noise or action can be than losing your patience because that one kid just won’t sit down and hush.