A Tragic Indifference to Violence 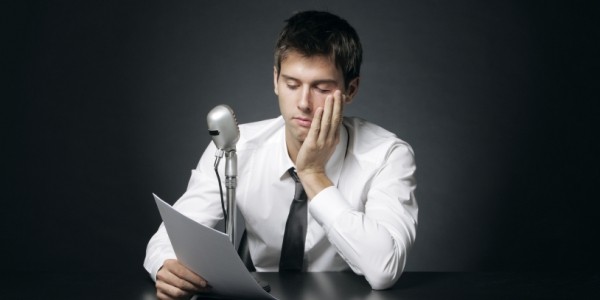 We are becoming desensitized to violence as a nation.

I was watching the news last night and it was chilling when the newsman said, “Well here we go again, another shooting at a mall in …”

I cringe every time I hear about a shooting or an overwrought public display of violence. It scares me to think about my kids or my wife being caught in such a terrible situation. But what really stung me about this latest report of random public violence was the resignation in the voice of the man bringing the news. He didn’t sound shocked or horrified. He didn’t even sound exacerbated. Instead, he sounded like he had to reread a story he was all too familiar with and one that was no longer a horrible surprise. That scares me.

Violence is nothing new…

…and man’s willingness to use violence as an expression has been around since the beginning. But we live in a new time of instant access to information and so many means of rapid communication that every one of these stories is played out again and again on televisions, computers, tablets, and phones. We no longer live in our neighborhoods and our towns. Instead we now live in a global community that seems much smaller because we see and hear so much. Atrocities and meanness have always been there but they have never been so accessible.

Couple the hard news of ongoing violence and the marginalization of individual suffering with the ever expanding boundaries of “entertainment” and we have generations growing up that are no longer appalled by what they see and hear. Television shows and movies celebrate, in graphic detail, killing and violence and meanness. Music glorifies the aggressiveness of domination and downgrades the temperament of the meek. The world can be a mean place, always has been, but it is being redefined as a place of acceptable excess because so much meanness is so easily accessible, it is often sensationalized, and is then celebrated.

The real warning sign was in the voice and on the face of that newsman last night. Gone was the shock and the sadness. In its place was a resignation and a realization that this is the world we live in and these stories are becoming commonplace.

So what does this have to do with kids and classrooms and teachers and parents?

Cognitive dissonance is a theory that says when incongruent events exist it creates additional stress and the person experiencing the stress will compensate by becoming less affected by the incongruence. I heard dissonance in the newsman’s voice because he had to report on horrific violence but he wasn’t really surprised. He wasn’t shocked. He wasn’t even really appalled, and I think that was what was appalling. This is not an attack on that newsman but it is instead a statement of concern that when we are no longer disgusted by disgusting behavior then we have begun redefining acceptability. It may sound silly to say that such public displays of violence can be redefined as acceptable but think of the school shootings and the publicly violent acts that have been carried out and the interviews with the offenders and the notes they have left behind said they wanted to experience in real life what they had experienced in a video game or seen in a movie. Sociopathic and even just plain stupid behavior has always been there but the access to the fringes of human behavior has never been so easily attained.

As a society we have to begin drawing distinctions between right and wrong and we need to realize that removing excessive violence and sexuality and filth from our common discourse is not censorship, it is a cultural responsibility. Take charge and know what your kids and your students are being exposed to.

Go to websites like www.pluggedin.com and read and know the language and violence and sexual content of your kids’ television shows and movies. Read the lyrics to the music before you say yes to the download. Be proactive and when something is a bad influencer say so and then take away access to it. And finally, talk to your kids and to your students. Help them understand and discern those things which bring goodness and growth to their lives versus the things that marginalize and are negative.

When a horrific event, such as another shooting at a mall, occurs take the time to talk about the value of life and the need to value this precious gift. Bad things will continue to occur. I just hope when they do we have enough humanity left in us as a society that we are shocked and appalled because the day we become indifferent is the day we will have accepted it.

Related Posts: Learning IS a Behavior | Our Kids at the Blackboard of Life